Join us at Preston Community Library for a special free screening of:

THE STORY OF WEMBLEY PARK STUDIOS

followed by a Q & A with the film’s director, James Smith,

The event is free, but please book a ticket on Eventbrite

Presented by Ray Turner “The Story of Wembley Park Studios” tells the fascinating history from the 1920s onwards of the film and television studios located in Wembley Park, North West London. Recorded before the studio’s closure the film hears from celebrities and crew who were involved in the early days of film and television right through to modern day shows. Hear about shows including On The Buses, Ready, Steady, Go!, The X Factor and Britain’s Got Talent which were all recorded at Wembley during it’s near-100 year history. 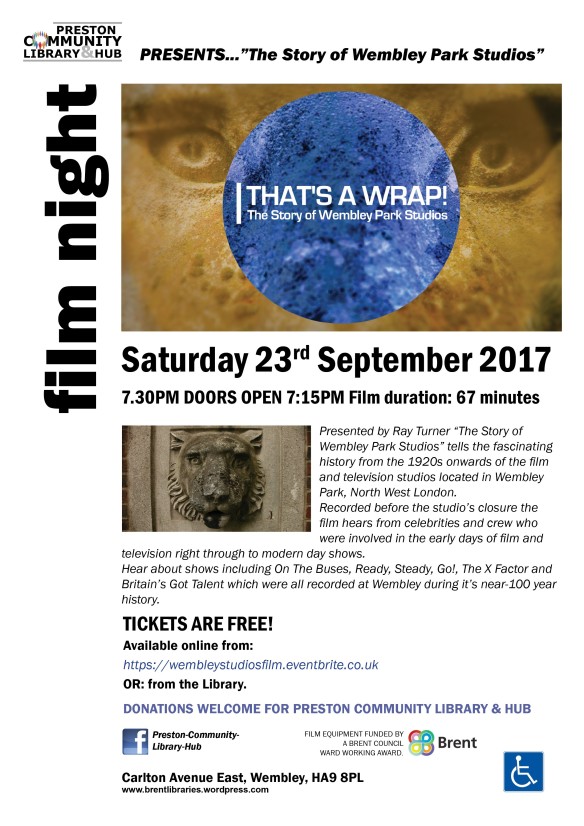